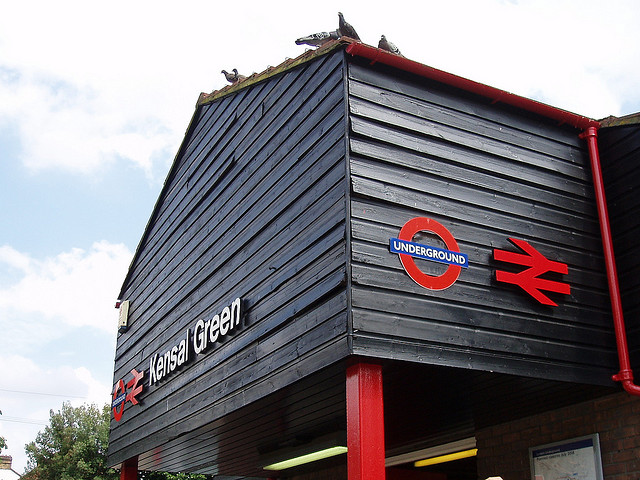 Ticket office closures have rightly focussed attention on staffing levels at Tube stations. There is a current commitment to ensure that all Tube stations are staffed during operating hours. This is important not only because it works to reduce crime, but it also improves customer confidence, meaning they are more likely to use public transport even in off-peak hours.

There are however some worrying signs. Leaked memos obtained by the RMT show that the commitment is from time-to-time not observed. Other anecdotal sources indicate that this problem hasn’t got any better recently.

This blog has a particular interest in Kensal Green and for historical reasons staffing levels here are particularly sensitive. While London Underground (LU) insist that the station is always staffed, the way this is organised off-peak means it is less than effective and in many ways a waste of time. LU must recognise that staff are only helpful if they are visible and pro-active in helping passengers.

Boris is busily closing a number of ticket offices, something he specifically said he would resist before his election. This activity is going to lead to 800 jobs being lost at LU. As it happens I don’t disagree with closing ticket offices per se and indeed Ken’s proposed programme of closures was in many way more significant. I don’t see it helps to have ticket offices selling very small numbers of tickets open for the sake of it. The difference between the two plans, of course, is that Ken was proposing re-deploying staff not required at the ticket office to the gateline. They could then help passengers and staffing levels overall would not drop. Boris for his part would probably say that Ken was in a much more favourable financial climate than the one we face at the moment. Like many of Boris’s arguments this is superficially attractive but given he’s just given away £55M annually to users of the WEZ alone its obvious that if there is a problem, its of his own making.

Staffing is important – it reduces crime, but more importantly gives customers the confidence to use public transport at times when stations may not be overly busy, in the early morning and late at night. Its no coincidence that when Ken Livingstone’s administration took over the running of the former Silverlink franchises to form the Overground, ridership soared adding an average of 250,000 journeys per month from 2007/8 to 2008/9. In no small part this was due to proper staffing of the stations, neglected under the previous regime.

Signs are though that this lesson is being forgotton. As well as Boris’s indecent haste to have the ticket office staff out of the door, leaked memos have shown that ‘always manned’ doesn’t sometimes mean what it says. Anecdotal evidence suggests this problem isn’t getting any better.

That brings me to Kensal Green. This is interesting for two reasons – firstly its my local station and I’m therefore keen to ensure its stays safe but over and above that the station has a somewhat unfortunate history and was the scene of a horrific murder a few years ago. A murder which led to Ken Livingstone’s pledge that stations would be manned during operating hours.

But what does ‘manned’ mean? Well in off-peak hours at Kensal Green not an awful lot. I should at this point say I have nothing but praise for the LU staff that are present during the day. Always helpful and available for customer queries they are everything that you would expect. That changes late night when the LU staff are replaced by a private security firm. The standard appearance of the station is then for the ticket gates to be open and not a staff member in sight. If there are staff present they are hiding where none of the passengers can see them, possibly in the ticket office with the blinds pulled down. I was so suspicious that I placed an FoI request with TfL to confirm that the station is always manned during operating hours. They replied:

I can confirm that from our records there have been no occurrences where this station has been left unmanned.

I’m happy to take them at their word, but I’d really like to know what the staff are doing as late at night as they are not anywhere to be seen. Without being visible they are pretty useless. In particular having the gates open encourages ticketless travel. Whilst I understand the reasons for this, in that private firms cannot perform the fare enforcement role, it means a key way of preventing crime isn’t enforced. London Underground should change its policy for Kensal Green and ensure that the station is visibly staffed with directly contracted London Underground staff. The current situation is unsatisfactory and although it may fulfil the spirit of the ‘always manned’ pledge, the reality is that it fails to fulfil the spirit of it. Given the history we deserve better.

This entry was posted in NW10, Transport Geekery, Travel. Bookmark the permalink.