Cycle hire scheme caught between a rock and a hard place

The ability of casual users to make use of the London Cycle Hire scheme has been delayed again. TfL are now saying it will be the “end of the year” before you will just be able to just turn up and hire a bike without being a member. Supportive in public of Serco (the company running the scheme), the Mayor’s Transport Advisor Kulveer Ranger described this turn of events as a “fucking PR disaster” in private. No shit, Sherlock. Not allowing casual users onto the scheme is bad in itself – a key feature of the advertised scheme is not operating. Worse however it means one of the key assumptions that makes the scheme work at all (even for members) is now substantially undermined. Expensive and badly managed, the cycle hire scheme is now stuck between a rock and a hard place.
END_OF_DOCUMENT_TOKEN_TO_BE_REPLACED

Not perfect and more work to do, but Ken’s the better choice 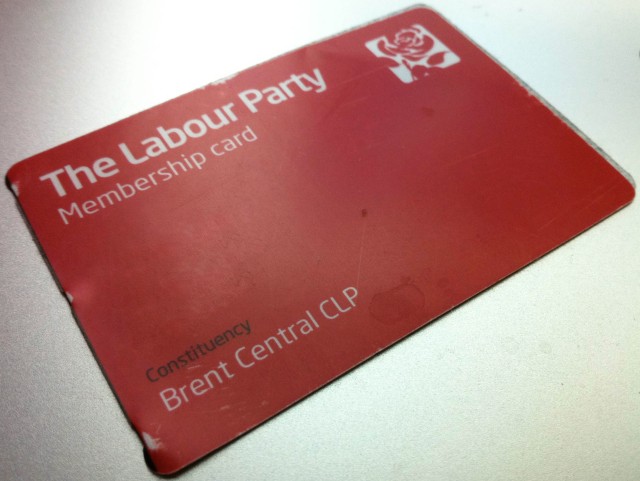 The choice of candidates wasn’t ideal and the campaign not entirely riveting, but the different choices on offer to Labour members for their candidate for Mayor are now clear. Oona King has made great play of being the new kid on the block, but that’s been at the expense of developed policy ideas particularly in the area of transport. Far too often she has also forgotten that the real enemy are the Tories and not her fellow Labour members who may have just chosen not to support her. Ken is also far from being the finished article that can put right what went wrong leading up to his defeat in 2008, but some positive elements have appeared during the campaign. Because of this, his greater grasp of the problems London faces and his greater experience, he is the better choice for the Labour Party.
END_OF_DOCUMENT_TOKEN_TO_BE_REPLACED

Ignore the headlines, Brent is going in right direction on bin collections

Don’t ever say this blog doesn’t tackle the big issues. It’s not sexy and most of us don’t really want to think about it, but refuse collection and recycling is probably the service people use most from their local authority. So I’ve done the thinking for you.
Brent’s current recycling service is poor and inefficient. In the new waste strategy the papers have predictably and regrettably focussed on a move to fortnightly collections for non recyclables. This isn’t the really story – the increase in recycling that’s also included is far more significant and could result in a significant decrease in waste sent to landfill.
END_OF_DOCUMENT_TOKEN_TO_BE_REPLACED

What are TfL hiding about the cycle hire scheme?

The cycle hire scheme has had a troubled birth with technical issues and escalating costs. While the users of the scheme undeniably find it useful, whether the scheme is value for money overall is open to question. The business case would help solve this but TfL are still seemingly unwilling to release it. This can only lead to people thinking they have something to hide.
END_OF_DOCUMENT_TOKEN_TO_BE_REPLACED

Any candidate for London Mayor will not deserve to be elected without a coherent and comprehensive vision for London’s transport system. The current Mayoralty’s policies have been hijacked by special interests and lack ambition. So any alternative candidate will need a compelling plan to get London moving in the right direction again. Oona King’s policies, whilst having some positive ideas, are too timid and derivative to set that direction.

END_OF_DOCUMENT_TOKEN_TO_BE_REPLACED

It’s easy to forget what an innovation Oyster was and in many ways still is. As well bringing convenience to everyone who use London’s transport system, it has undoubtedly increased the use of public transport. Whilst the rollout to National Rail is imperfect and has added complexity, the experience of other cities shows London has much to be proud of.

END_OF_DOCUMENT_TOKEN_TO_BE_REPLACED

The Economics of Cycle Hire

Boris is about to launch his signature (and very expensive) cycle hire scheme. To assess what benefits this might produce I have asked TfL for some help with additional information. They seem to be taking longer than would normally be expected. I can’t help but speculate why they are taking quite so long.

END_OF_DOCUMENT_TOKEN_TO_BE_REPLACED

Posted in Boris Johnson, Cycling | 1 Comment
North of the Thames
Create a free website or blog at WordPress.com.